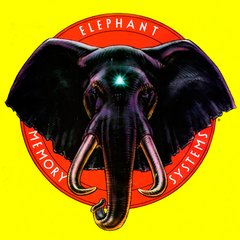 I am driven by a desire to bridge technology and art (and humor). The home computer revolution of the mid-70s was a formative period in my life, and is a source of nostalgia, wonder, and creative inspiration. In our contemporary technology, we take for granted the shoulders of all the giants on which we stand, and the shoulders that they themselves are supported by. We have GPUs that render millions of polygons faster than sixty times per second, but where did that begin? What was the first videocard like? What did a server room full of computers look like in the 60s and 70s when that had never been done before? My art attempts to bring the wonder of those pioneering efforts to life; and if the occasional wizard, troll, or robot strolls across the stage, then well, sometimes that happens. Actually, that happens rather a lot.

Seeing TRON and The Last Starfighter as a kid got me started on a career in visual effects. After a very enjoyable decade of creating vfx for film, I spent a few years in the games industry. I then decided to separate my day job from my art pursuits, and I've been much happier. I'm just now starting to figure out how to balance the joy of creating while also learning how to share my stories with the world. This is why I'm here!